It's been a whirlwind of a ride since I last posted an entry and so many things has happened since then. Not saying i have a lot of followers who read my blog anyway, but knowing me i just like to write for the joy of it.

So moving on to my main topic, as i have officially announced on my Instagram/Facebook. I was honored on welcoming my second bundle of joy to the world. It was a long (it felt super long) ride, emotionally and physically.

I had 2 mild accidents during the pregnancy. Both times was during the rain and my car skidded. The first time was when i was on the way to a TVC Offline session where my car skidded during a left turn and hit the side rail, i was warded for 2 nights for observation while the second accident happened when i was driving back from a KV Photoshoot on a Saturday. But baby was super strong and managed to make it until the day i gave birth.

This pregnancy was very different compared to my first. It's true what people say that each pregnancy is different. I was blessed to not have any morning sickness. I could practically eat anything, hence whyi gained like XXKG (nope not gonna tell you)lol. Not only that, but this pregnancy, i was a working and a Mum of a Toddler. So much respect to my Mum who had to raise me her only child and my other 5 adopted siblings (HAHAHAHAHAHA)!

I was really productive for this pregnancy where i took the MRT to and from work. See picture below how productive i was and how cute my belly was hahaha. 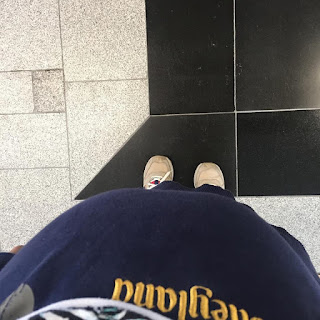 Eidul Adha (Raya)
So as the D-Day was closer (tunggu hari gittu), i kept speaking to my second born to not come out as i want to eat all the Eid food as much as i can. As the day passed, i was like OKAY YOU CAN COME OUT NOW. ANY TIME YOU WANT! ANY TIME NOOWWWWW!

But nooooo, baby still wanted to play in my tummy. So i started to each spicy food and all types of food to fastened the contractions.

But as Mary Poppins says "When you don't want me but need me i must stay, when you need me but no longer want me i shall go". In my case, the baby be like "You want me to come out now? How bout NO!". 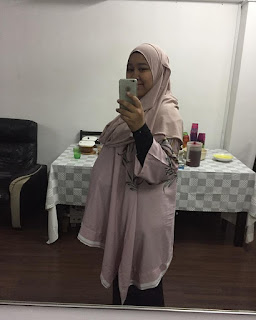 Never ending
2 weeks post Eid celebration, baby still not out. Everyday i go to work i tell everyone that "AM STILL PREGNANT GUYS" and at the end of the same day i be like "OKAY GUYS I WANNA GIVE BIRTH TONIGHT PLEASE", but nope that's not gonna happen hahahaha. It'a that end pregnancy feeling that you just want it out of you and get it over with, but later i'll miss being pregnant (HAIYA APA PEREMPUAN MAHU?). What's with humans.

Inactive Labour
One day, er no it was night. I started to have contractions every 10 minutes. So i told my husband it was go time. So got all the bags ready and sent Yusuff to his Nenek's house. Went to Hospital Kajang and checked myself in (kau ingat nak pergi hotel ke?). So had the CGT scan and my contractions was 1/10 meaning 1 contraction every 10 minutes and dialated at 2CM, so was warded from then on.

2 days later, GUYS AM STILL PREGNANT IN THE HOSPITAL BABY DOES NOT WANT TO COME OUT YET. Mum and Along came and visited me at the Hospital and bought me KFC yasssssss. Happy beyond happiness. BUT NOPE BABY STILL IN THERE, STILL 2CM DIALATED.

Third morning since i was warded, i told the Dr to just induce me. Am good. As long as i leave the hospital with a baby in hand doesn't matter the pain (at that time though, boy Widad if you knew about the pain, you wish you didn't ask to be induced). So at 7AM on the 26 June, i was induced via VI (i think that's what its called). But told me i should start to have contraction a few hours after, but nope nothing. I could still sleep in peace. Mum explained how induced labour is a forced labour so the pain will be excruciating. I told Mum, it's gonna be okay it's nothing (then it was nothing, before active labour kicked in) 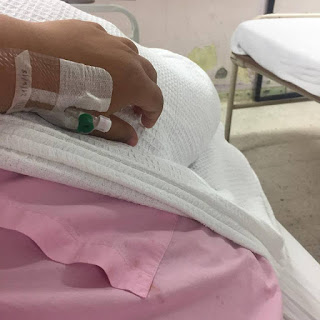 Active Labour
At 2PM, the contractions started to get harder but was still bearable. Khairul bought me a lot of food and we was just talking like normal. 2.10PM the HO checked and i was still at 2PM and have not progressed since being induced. So they had to insert a balloon. Basically they put a balloon in and put water, in hopes that when there is extra weight it will dialate faster.

You bet it did! It got worse and the HO already informed me that if i start feeling pain, then just let her know then she will check. So at 3PM i informed the HO that i was in pain and just told her to push me to the labour room. So she took out the balloon and told me to eat first before pushing me to the labour room.

5.00PM, i was in a pain that cannot be explained! Khairul was there and he too did not know what to do (come on it's not like i can share my pain with him right? hahaha)/. He just kept reciting the Yassin while i was standing up and bending down and screaming into my pillow as the pain grew stronger and stronger. It was getting to much and i told Khairul to call the Dr cause it hurts like MAD MAD.

5.30PM, The nurse quickly went to get a wheelchair. From my bed to the wheelchair, there was a total of 8-10 steps, and each step i cried. At that point i couldn't careless of people saying that you can't cry during labour. HUMAN PLEASE IT HURTS AND AM GONNA DO WHATEVER I WANT TO DO! Btw, at that time, it was visiting hours in the word, so all the husbands eyes was on me as i was crying to the wheelchair. It's at that point (i hope) they realised the amount of pain a woman has to go through to give birth to a child, and at that time you feel the most useless as the pain can't be shared and all you can do is just give moral support, and believe me you that is also important!

5.45PM, pushed to the labour room and i couldn't utter a word. Got on the labour room bed and they start doing their thang. The Doctor broke my water bag and checked i was at 6CM already. So they went out to prepare the medica; stuff you know haha. The only thing i remember asking was for some DRUGS TO REDUCE THE PAIN. I was literally "DOCTOR GIVE ME DRUGS PLEASE ANYTHING PLEASE". Hahaha looking back, i would still ask for it hahaha. The Doctor said he needs to monitor the baby's heart beat before giving me some medicine so i was like "K".

Baby coming out finallyyyyyy
6.12PM, the contractions got harder and suddenly i had the urge to push. So told Khairul to quickly call the nurse or Doctor. At that time, i was already screaming. Then the nurse came in and asked me why and not to scream like that (hehe sorry i was in pain and was not thinking). So i told the nurse that it feels like the baby is coming out. The next thing you know, the contraction came and without me pushing that much (cause i was only 6cm dilated) the baby came shooting out. Thank goodness the Nurse and midwife was there to deliver the baby. The first thing the Nurse said was "Wow, that was fast. Not even time to get ready at all. Was it this easy delivery the first baby?" to which i replied "yes" and we all laughed it out. The moment the nurse put the baby on me was the best moment of my life and i was beyond happy.

Stitching it up good
6.30PM, okay time to sew you up! Gulp! Okay because the baby came in such a hurry, there was a tear, so the midwife had to stitch it up. At this point they already took the baby to wash and i was with the midwife. Hahaha okay this was the part where i kept apologising to the midwife because i kept picking my but up hahaha. So painful yooo. Then finally she gave me some gas, and i was like finally gassss. But eventhough i was on gas, i still kept picking up my but. STILL SORRY! Hehehe. After that, they let me rest for 20 minutes and i was pushed on a wheelchair to my ward. But waited at the waiting area for the documents at that time i still apologised to the nurse who had to sew me up hahahaha cause i know your trying to do your job and i know am making it harder hahaha.

7.20PM, back to the ward and sweaty and tired and all but it was all worth it. My baby is in the world and healthy and that's what matters most.

My Baby
With this, i would like to officially (again) introduce you to my second bundle of joy: Sulaiman Tayyip Al-Akiti Bin Muhammad Khairul Adlan

After all of the above, yes i still want more babies haha. Thank you to my husband Khairul who was with me throughout the process. My Mum that has given me endless support and KFCCCCCC as well as my eldest sister Along for giving me advise and KFCCCCCC. My Dad, sister Kakak, Abang Eman, Abang Mamat and Baby Alim as well as my in-laws that has helped me and supported me through out the pregnancy. 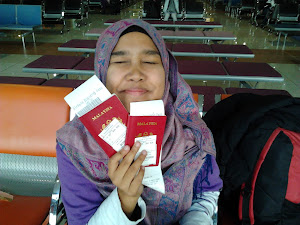 as my journey begins ^.^
I'm a cheeky little girl and i know it, my name is Nur Widad Roslan and I was born on April 11th 1994. I'm young and married. Si Familia is my life. Loving every single day I live. Insyallah I will become a better Muslim. 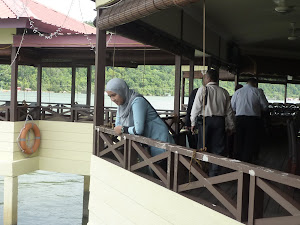 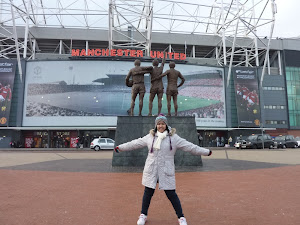 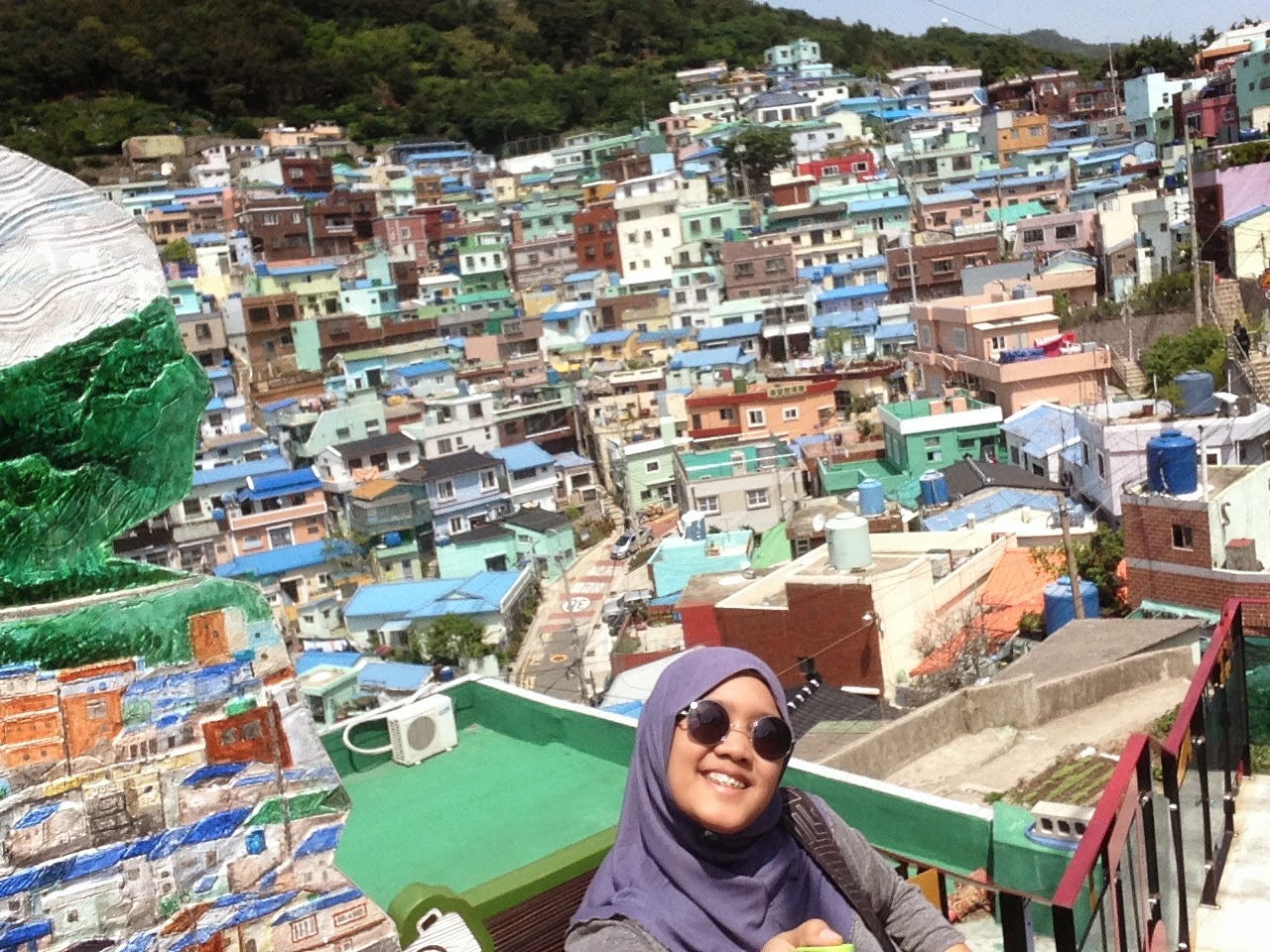 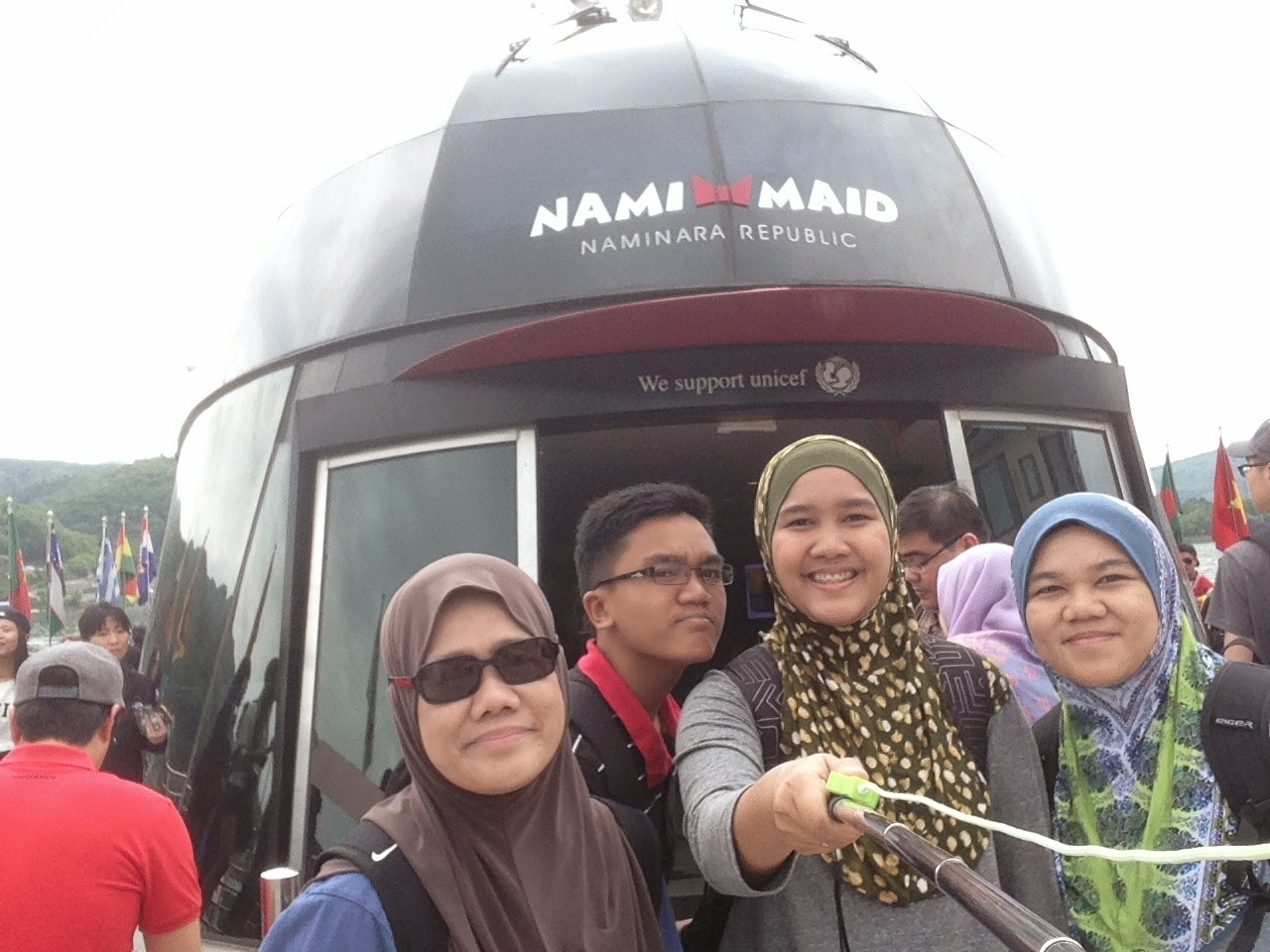 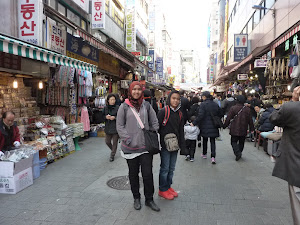 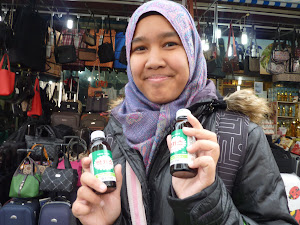 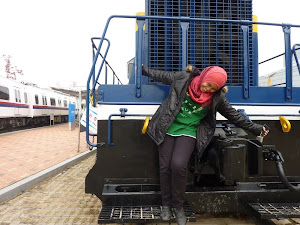 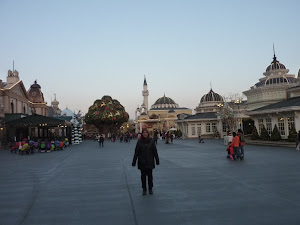 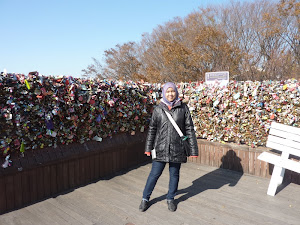 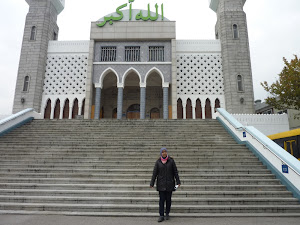 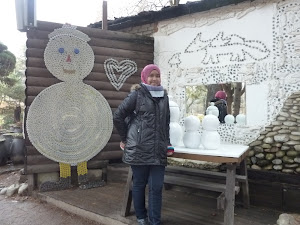 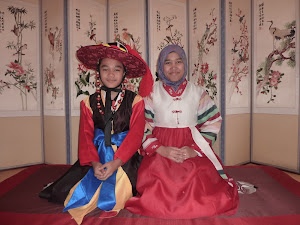 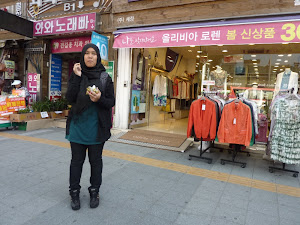 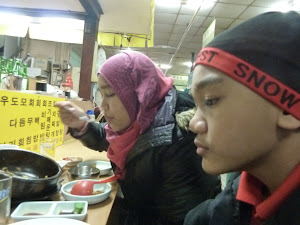